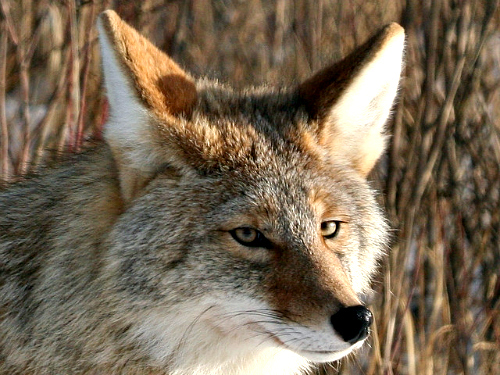 As a woman and as a feminist I support Hillary Rodham Clinton as the next President of the United States.

I have struggled to understand the antipathy the public has/had for this woman who has lived her life so courageously, dodging countless vicious attacks from women and men, the press, and succumbing to none.

During the last election (when I would have voted for Clinton had she gotten the nomination) I was dismayed to hear so many women speak out against her. Baffled, I would often ask why and the most frequent answer I got from women was that she was not likeable. When I asked what not likeable meant specifically, women shrugged. Other stated that they didn’t trust her; she was too secretive. These value judgments seemed unduly harsh. I didn’t know then that Hillary understood before she became a governor’s wife (as a young woman) that she was not “likeable,” or that she became secretive as a result of being targeted endlessly and unfairly by the press. After asking many women this question I began to perceive that women’s envy might be part of the equation.

I thought about how many good things Hillary did for women and for children all over the world, her many other accomplishments, the skill with which she out maneuvered her opponents during her lengthy political life. When she finally got the nomination for President every facet of her public and private life went under attack, again. I winced privately, kept my opinions to myself and continued to query what it was about this woman that created such hatred in others?

I could understand that she might be threatening to many men, who probably unconsciously feared being “dominated” by a woman President. After all, we live in an  unbalanced Patriarchal society in which Caucasian middle class white collared male workers hold the most power, and one in which women continue to be marginalized and raped (Rape is, above all, about power and control of women). As I see it a perceived reversal of the present power structure could be experienced as a real threat.

But it was only recently that I came to understand that Hillary Rodham Clinton, was a woman to be reckoned with because she broke all the rules.

As a young woman of the sixties she was a feminist who refused to take her husband’s name; she wore glasses, was well educated, and practiced law in a predominantly male field. She was ambitious and didn’t attempt to hide it, yet when faced with deep humiliation she chose to stay with a man who had betrayed her.

Hillary is detested by many people because she doesn’t fit any particular mold. She spirals through her life first moving in one direction and then in another for her own survival. She isn’t predictable. She uses both her mind and her body (feelings) to make decisions.

As a woman, I know from painful personal experience that if you break the rules you are ostracized by family and culture, and this woman has broken the rules throughout her entire life.

It’s her refusal to be categorized that gives me the greatest amount of hope because no one knows what Hillary might do after she becomes President!

And yes, the fact that she is also a woman is critically important because we must address the imbalance in our thinking, bring feeling into the equation, and begin to make decisions that are more embodied and less abstract. As a rule women think less in either/or right/ wrong truth/lie absolutes. We need to elect a President who is capable of thinking in terms of “both and,” one who perceives nuances and is capable of using her intuitive skills to help solve complex issues. We simply cannot solve future problems using the same monotonous power over strategies and war mentality that we have used in the past because we are destroying the earth and ourselves. Humans have become the most destructive species on the planet.

Because Hillary has literally had to claw her way to the top to become a Presidential candidate I also think she has developed the necessary humility to lead our country away from further self/other destruction. One of her greatest accomplishments might be that she has survived personal suffering and has become stronger and more compassionate as a result of it.

In a few days we will be casting our ballots for the next President of the United States. I can only pray that we will choose a leader who is capable of leading our country with intelligence, keen judgment, strength, and one who possesses an ability to shape-shift if necessary. I believe that Hillary Rodham Clinton, a true coyote woman if there ever was one, is that person. 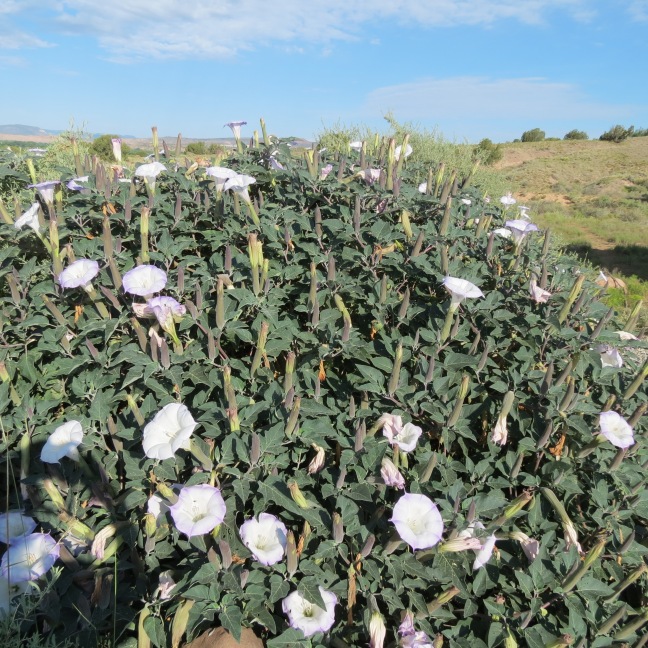 Postscript: I include some Datura flowers here to wish her well.