Yesterday I walked into Owl canyon with my backpack to bring back a almost rounded translucent rose river stone that spoke to me one day as I was passing by. I had admired this 20 plus pound rock ever since the first time I saw it in the arroyo, promising myself that one day when I felt better I would bring it back to Casita del Oso.

The stone remarked, “I would make a good tombstone” in an offhand way.

I was astonished and somewhat alarmed. Owl canyon is a place of contemplation and repose, a place I visited every day I could during my first very difficult two months here. The tall spires of sandstone and the round hills contained me. The precious Silence held me like a mother would hold her child. I brimmed with daily gratitude for moments of peace.

Almost instantly after the stone spoke my body registered that death was in the air. My mind rebuked me for having dark thoughts.

When I returned to the emerging casita I discovered to my horror that Mario, the builder had just received a text from his wife, informing him that Mario’s father had died suddenly. He had received the text during the time I was in the arroyo, passing by that stone.

Mario and I have some sort of underground connection on a heart level. I am so profoundly grateful that he is the man that is building this casita that I hope someday to inhabit. Mario has an attitude worth cultivating. He has amazing patience, is incredibly kind to my little dogs who love him, and his optimism is infectious. I feel good just being around him and the feeling inside the casita is one of peace and harmony. Mario’s skill has a carpenter is noteworthy; he is a superb builder and together with Bruce the owner of the property and the architect/artist who designed the casita, the house is growing into her own.

(I must add that friend Iren placed sacred objects in each of the four directions on November 8th of 2017 with Mario’s blessing. She and I had discussed what would go where and this was a collaborative effort even though I had not yet left Maine and so the first adobes hold the Soul and Spirit of the Earth between them.) 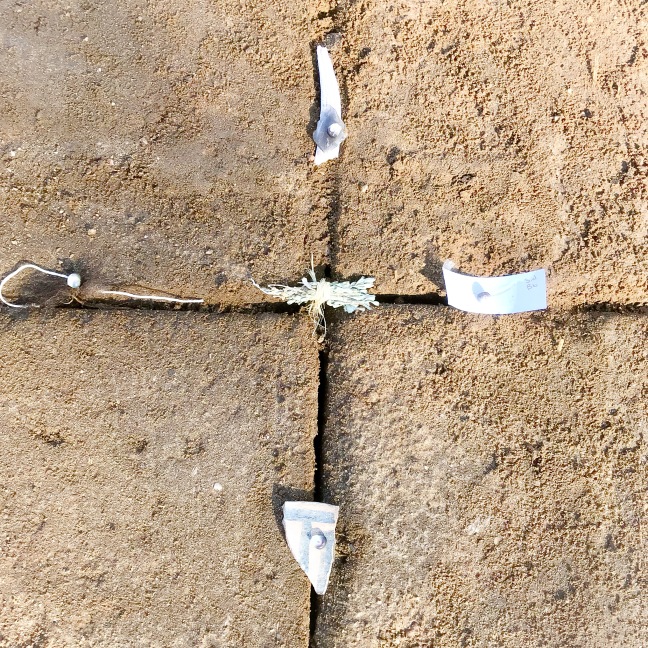 When Mario returned from Mexico after his father’s death, (he is still struggling with the bureaucracy to allow him to bring his wife, daughter, and his ten month old baby into the United States where Mario has lived since he was nineteen) he brought me a gift for the casita that moved me so much that I have written about it elsewhere in this blog. Who but Mario would be thoughtful enough to think of me when he had his own grief to deal with? It is this kind of gesture that reveals the character of the man behind it.

And this brings me around the circle to the river stone.

Why might the reader ask would I struggle to bring a heavy stone back to the casita when it brought me such a heartbreaking message?

This is a question that I find easy to answer. First, I liked the stone. Secondly it spoke to me, giving me information that I might not otherwise have. Thirdly, the stone will always remind me of the man who built the casita, a man I have come to respect with all my heart. The fourth reason I will keep this stone near is to remind me that life and death are part of one whole, and that it is impossible to separate one from the other.