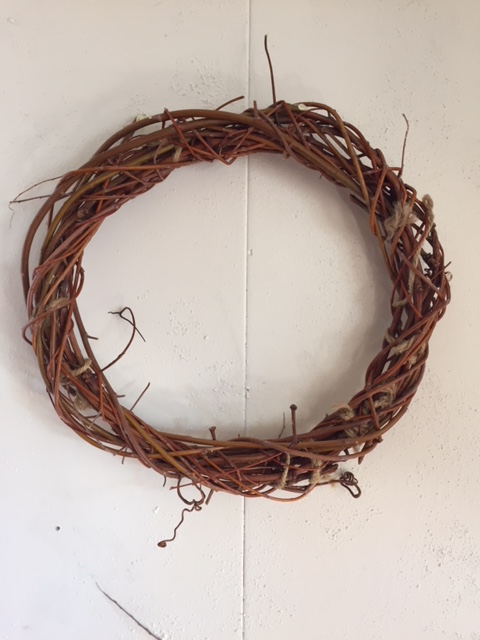 February 2, the day the bear emerges to see if he can see his shadow (yes, it is the bear and not groundhog),   the first robin sang his plaintive love song from the Russian Olive tree at dawn, even as a brilliant golden eye rose out of bare trees across the river. A flock of white winged doves arrived cooing for their breakfast while redwings chattered from the highest trees, the males perched highest, trilling that mating song that heralds the coming of spring.

Back further in the hills a cloud of mountain bluebirds, cobalt on the wing, signaled the shift, and the sandhill cranes followed suit announcing their arrival with unearthly cries. The Great Horned owls are silent, their mating season is over and now the focus is on raising their young who are already born and will fledge in less than a month from towering sandstone castles.

I marvel at the peach tree branches that Iren has given me, buds which are already in full bloom. The delicate five petaled pink flowers with filaments of yellow anthers take my breath away!

The twinkling lights in my vase that once accompanied the long winter nights are gone, replaced by red willows that provide stark contrast against pure white walls. Some slender twigs are tinged with pale green, yet another sign of spring. On the desert floor tiny plants like filigree hug the sandy arroyos but are already greening. Cottonwood buds swell.

And yet, with all this glory, there is heartbreak. The windstorms that roar out of the west darkening the skies with hope for precipitation, only to disappear like smoke, leave the parched desert floor even drier than before. A once raging sea green river barely ripples over once sunken stones. I feel thirst driven like the plants and trees around me, feeling their screams in the stillness of dawn. They can survive anything but lack of water.

The ravages of climate change are upon us, and those of us who love the Earth feel our grief growing, a great underground serpent of sorrow…for Water is Life and without it even the hardy junipers with their deep taproots will not be able to stand another year of drought. In some places here even the sage is dying. Fire is an ongoing threat that worsens with each day.

Every moment I can, I remind myself to concentrate on gratitude. This is a survival tool to counter the despair that lurks under this global threat that may eventually engulf us all.

I deliberately align myself with life, planting the first wild seeds of Sacred Datura that I readied during the Blood Moon, Bear Moon or Datura’s Moon (I think of this moon as belonging to all three) on January 31st, marveling over the fact that this tiny speck holds inside its case the DNA that codes for protein, and more mysterious, the form of the plant that will one day emerge to become a stunning bush with purple tinged trumpet like flowers, fragrant beyond imagining.

There is an element of teleology present as each seed taps into its collective memory to grow into its own unique form, (this collective memory is present in all Nature according to Biologist Rupert Sheldrake and all living things tap into their own biological “fields” which are soul – like and surround not just plants but people pulling them into the shapes of who they will become and already are). Between the two, each seed is Nature’s miracle in the making.

Last night, when the skies darkened with potential rain clouds I lit candles and sat at the west window working willow reeds into a grapevine wreath that I struggled in vain to construct at winter solstice. I have been making wreaths since a child so I was deeply distressed that this one even after the vines had a good soaking in hot water never came together. In the end I had to use string to tie the lopsided form.

Because I believe that what is happening inside affects what one creates I finally abandoned the project leaving the skeleton wreath lopsided and broken, but something kept me from throwing it away. I understood that the reality of personal wholeness, as well earth wholeness, the symbol I was consciously working with while making the wreath was being withheld. My life was in fragments and the Earth struggles mightily to survive. I cannot separate one from the other.

Last night when I began to work on the wreath for the second time it seemed to me that the willow reeds wove themselves into the grapevines almost effortlessly and for the first time I felt the wreath taking on her own unique shape. It was a deeply satisfying experience to sit there in a darkening room mending a broken circle though rain never came and spring is on the wing.

This morning I look at my wreath with deep appreciation understanding that this circle is as yet unfinished and that when I am moved again by the spirit and soul of Nature I will weave in more wild reeds. What pleases me the most is the knowledge that I didn’t have to force this wreath into shape, the reeds did the weaving.

Another sunny day stretches out before us here in the high desert. I would like to think that perhaps the next time I work with the reeds rain will come…. I think Earth Wholeness: Fire, Earth, Air and Water.

Once again I remind myself:

The hope I have left comes not from humans, our need to have power over to control and kill, or from our obsession with technology, but from the powers of Nature where the potential for genuine change is a reality mirrored by each of Her Seasons.

That S/he is so critically out of balance should give us pause.