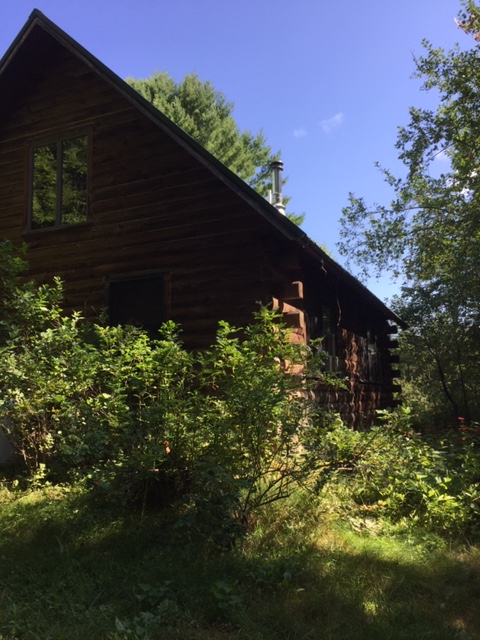 Recently I wrote three articles that addressed the relationship living beings have with place … One article addressed the possible advantages of working with herbs that grew locally as opposed to using herbs and commercial tinctures from elsewhere. Another focused on the perils of re-locating wild animals from one place to another. The third was a narrative in which I discuss what happened to me when I thought I could leave my land, land that I belong to, in order to move to the desert permanently.

The common denominator between the three – the relationship that plants, animals, and (some) people have with place fascinates me because it demonstrates  the necessity of interconnection.

In the article on herbs I discuss the scientific notion that wild plants growing in one place develop immunities that may also help protect others besides their own kind from disease because they share the same geographical area- that is plants, animals, people may all benefit. Wild plants are very particular about the places they live. If you walk through a forest it will become immediately apparent that some plants cluster together in one area and others don’t grow there at all. It is a well-known fact that transplanting wild plants almost always results in failure because the plants wither and die. One reason for this is because wild plants have very complex relationships with the underground fungal network. In other words there is an intimate reciprocal relationship between plants and place.

Now lets look at animals.  Around here all the wild animals that visit me have homes nearby. Attempting to remove animals from their territories – re –locating them usually ends in disaster. For example, black bears who are relocated attempt to return to their home ranges even if they are taken hundreds of miles away and even if they are males whose territories are more fluid and less well defined than the smaller territories of females. Rattlesnakes that are re – located attempted to return to their homes even though more than half of the snakes die en route. Scientific research demonstrates the same pattern occurs with every animal that has ever been studied. Animals, then, also have an intimate reciprocal relationship with place.

When I examine what happens with humans the story becomes more complicated. The Indigenous peoples of this land believed that all nature was sentient and all species were related. Respectful reciprocal relationship with all species was a way of life.

When Europeans arrived they had no concept of living in a reciprocal relationship with nature. Nature was a resource to be used. The People who lived here were expendable. Consequently, after being infected by diseases, raped, murdered etc. those who were left were ripped away from the land that sustained them and herded onto reservations. To this day, Indigenous people live on foreign soil suffering from poverty, alcoholism, drug addiction, etc., all symptoms of what I would argue is “soul loss”. The forced separation of the Forgotten Ones from their ancestral lands has destroyed their way of life. The Invisible First People of this country once had an intimate reciprocal relationship with place, just as animals and plants do.

The colonists had no use for land except as a commodity. Instead of developing a relationship with place, these immigrants rid themselves of the original peoples, killed the animals, slaughtered billions of trees, imposed foreign agricultural practices and bent the fertile earth to their will while claiming Native land as their own. So much blood spilled. Eventually these foreigners destroyed most of what once was a wild and beautiful country without ever taking responsibility for what they had done. We would not be facing a sixth extinction if the European invaders had ever developed a respectful reciprocal relationship with this land.

My personal journey began almost forty years ago when I stepped out of the car in pouring rain and fog onto land that would become my home; almost in a trance state I followed the sound of water to peer down at an overflowing brook. When an eight-point buck with velvet antlers stared up at me I shivered, even before I heard a voice. “You belong here”. Three months later the property became mine. From the beginning my relationship with place carried a peculiar charge.  First, I became apprenticed to animals and plants. One day while in the meadow gathering blueberries the entire field rose up around me enfolding me in an invisible embrace. I was Loved! To be cared about by this natural force that I later named the Mountain Mother changed me irrevocably.

And yet, many years later I still made the choice to go to the desert to escape harsh winters. I thought because I was in my seventies that I was too old to stay here alone. I also thought I could escape tree slaughter and family pain. Once again it was the powers of place that helped clear up my confusion. I developed a relationship with a river and wetland that helped me to see that I was forced to walk on air in the desert because I had created a terrible split between what I thought I needed and the land my body longed for. I had not only created a split in myself, but my home suffered serious foundation problems in my absence. What I learned was that to belong to place means that I am attached by invisible cords to a piece of land that cannot be severed. This land and I are in intimate relationship and both of us become ill when we are separated.

If animals, plants and people need an intimate relationship with land to survive/thrive when we split away from the earth we put ourselves in deep peril. We need these reciprocal relationships for our mental, emotional, spiritual, bodily health.  Perhaps, less obvious to some, is that the land needs us too. S/he needs to be respected, appreciated, and loved. Most of all S/he needs the freedom to teach us how to live. And she can’t model this behavior if we make her invisible. Earth is our context; without access to her body we flounder. We are the youngest species on the planet, and desperately in need of re-attaching ourselves to the earth so that she can once again be heard.

A sudden movement caused me to look up from this writing…I see the young buck munching on an apple just as the sun rises over the mountain. The apple tree is suffused in gold and the sweet breath of the forest reminds me once again that I belong…