A Different kind of Fisherman 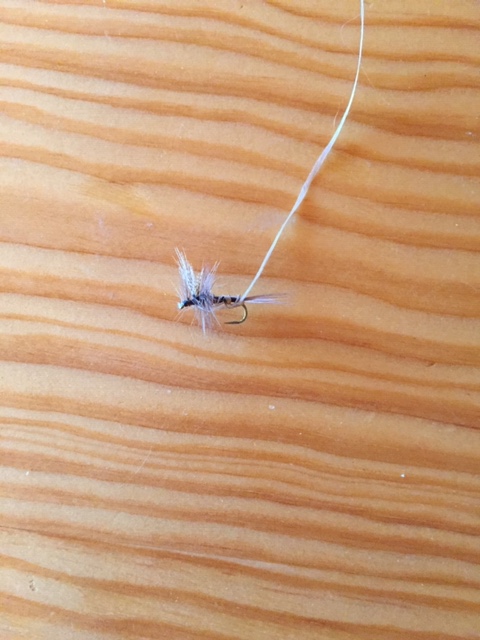 I met a man on a rumbling train who had hooks in his hat.

A fisherman, I thought with the usual dismay – brutal images of dying fish gasping for air exploded in thin air. Memories of my grandmother who took her eight year old granddaughter fly fishing also flooded my mind (my grandmother was a professional fly fisherwoman). I caught my first fish in the brook – a six inch trout. After landing the desperate creature my grandmother said, “ now we must kill it so the fish does not suffer.” And she looked for a stone.

Hit it over the head” she instructed handing me a rock she picked up nearby, and I did. Tears welled up. It broke my child’s heart to murder such a shimmering rainbowed creature.

When we got home that day, my grandmother praised me lavishly for my catch, promptly gutted the fish and fried it in a pan for me to eat. I forgot the anguish I had experienced, basking in my grandmother’s approval. The fish tasted delicious, and to this day I eat fish and other seafood.

As a lobstermen’s wife I learned quickly how to cook crustaceans by sticking their heads in boiling water so they would die almost instantly.

No fish ever suffered after it was hauled into our boat. I killed each individual myself, enduring ridicule in the process.

My grandmother had taught me well.

Yet, becoming a fisherwoman never appealed to me.

Instead I became a Naturalist…

When the man on the train began talking I politely asked him what kinds of fish he caught. “All kinds” he replied with obvious enthusiasm. Inwardly I groaned, quickly changing the subject to the hooks on his hat.

Each one was unique, and all were beautiful and when I told him I had a childhood friend who tied flies he took off his hat and gave it to me to inspect. After admiring the exquisite craftsmanship of each lure the man surprised me with his next remark as he replaced the hat on his head.

He exclaimed, “I love to catch fish but I never eat them! I throw each one back. If you look carefully at the hooks you will notice that none of them have a barb.”

How had this observation escaped me? Sure enough, each hook was barbless, and I understood that this way the fish could be caught and returned to the sea unharmed. I was suddenly overjoyed to meet the man with the hat. With words of deep appreciation I happily shook his hand, exclaiming how wonderful it was to meet a dedicated fisherman who released his catch!

We went on to discuss the merits of conservation with regard to freshwater fishing. Suddenly the man removed his hat again.

“I want you to have one of these hooks,” he said quietly handing the hat to me. “We are kindred spirits.”

I chose one small perfect fly and carefully wrappd it up in a paper napkin before putting it in my purse. Thanking him.

When I got home that night I already knew where the tiny hook would find home. I have a beautiful Norfolk pine and hanging from one branch is a tiny flask that Iren once gave me that I periodically re-fill with our river water. The diminutive bottle is tied to one end of the string and I carefully attached the barbless hook to the other end.

Every time I walk by that tree I give thanks for the water that flows from Red Willow River and I remember the man with the hat who loved his fish!

But there is more to this story. On my birthday this year Iren and I met someone who had a fish he had recently caught that was still gasping for breath in a plastic bag. I begged him to kill it, offering to do it myself. My offer was rejected and afterwards, Iren, who is a vegetarian, thanked me for trying to save the fish, acknowledging that the experience had been too upsetting for her.

Of course, I understood why.

Within two weeks of this painful incident I met the man with the hat and now when I pass by my tree I think of Iren, the man, and me. One of us eats fish; the other two do not. But all three of us abhor animal suffering. And that hook has become a symbol of hope. Perhaps there are more of us out there than I thought!