Feast of the Dead 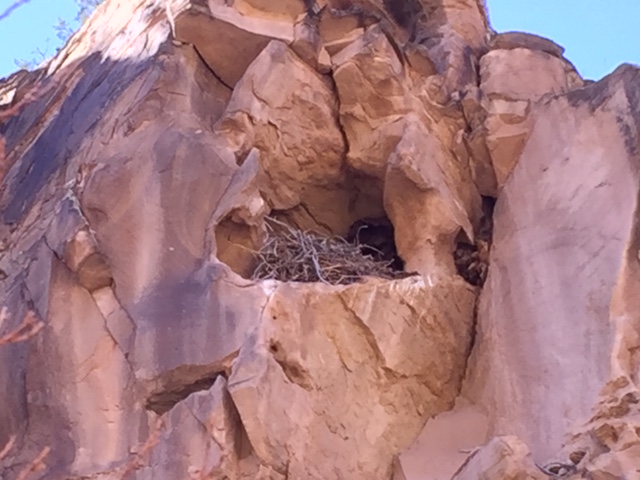 Yesterday I was talking to someone who had never heard of the three day Festival of the Dead that occurs in almost every culture in one form or the other at this time of year from October 31 through November 2nd. How is this possible I wondered until I realized that I have been a student of world mythology for almost forty years and have studied these cross cultural traditions extensively noting their startling similarities as part of my academic background.

For example, the pagan, pre – christian Celtic tradition of Samhain means Summer’s End marking the end of the harvest season and the beginning of the winter cycle and “darker portion” of the year. It is believed that the veil between the living and the dead lifts during this liminal time and the dead walk amongst us so that communication occurs easily if one is sensitized, open to such thinking/sensing/feeling. This is a time to honor all the ancestors, to pay respect, and to commune with them…

In western culture we generally scoff at such ideas making a joke or creating macabre distortions out of All Hallows, All Soul’s Day, the Feast of the Dead, perhaps to deal with our personal and collective discomfort with death. It is a fact the only days allotted by Americans to honor the dead occur on Memorial and Veterans Day when we honor soldiers who died “ in service to their country” – but then we are a violent patriarchal culture that acknowledges/celebrates death only as heroic, and in the context of war. It is up to the rest of us to honor those who have gone before alone, if we do so at all.

I have adopted the Celtic (eight spokes) Wheel of the Year because it follows the natural cycles that I see occurring all around me in Nature. For example, I can look out my window and watch the golden cottonwood leaves fluttering to the ground to become compost, even as a hole opens under the fallen canopy in the east allowing the rising sun to enter the house at dawn. Snow covered mountains and fall rain brings life to the high desert even as she prepares for winter’s sleep. Indoors, I gaze at the mountains I think of as Grandmothers as I recall that in most cultures the Old Woman, Hag, or Crone reigns during the dark half of the year – She who presides over death and creates new life. I light the first fires to keep us warm and my beloved dogs and I bring in the night leaning into the comfort and warmth of early darkness. I think this is a time to reflect upon the passing away of people and cycles because like the Celts and many Indigenous folk I believe the year comes to an end as the bears go Earth to sleep…

I feel that I am an integral part of an ancient cross – cultural tradition, even as I set intentions for the coming year. In many of these traditions there is a break between the end of one year and the beginning of another and this liminal period extends until winter solstice. I note that All Hallows/The Feast of the Dead creates the space for new insights to occur so I acknowledge the “space in between” as part of my own practice.

I also take time to give thanks for every gift given over the past year, the winding river and streams, the cedar outside my door, my beloved animals, this house that offers me a window into Nature three seasons out of four (in summer I have to keep the shades down to keep the fierce white heat of the sun at bay). I honor my dead, and give thanks for the people who enrich my life through friendship. And most of all I give thanks for the Unconditional Love I receive from the Earth through any of her manifestations. S/he is my mother, my father, my lover, my sister, my brother, my child and grandchild, without whose constant presence I would be bereft. 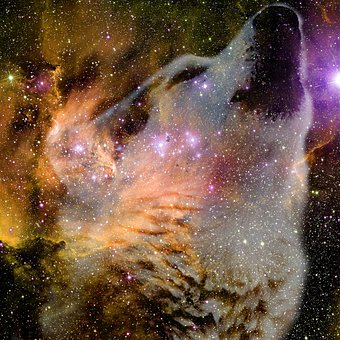 Your points of light

The raven sliced the sky into shards.

We remember our First Mother…a She Bear

we return broken parts to the Whole.

See the Wolf who hides behind the Tree?

Only then can we begin…

Last night I had a conversation with a dear friend of mine that addressed the non- generative aspects of darkness. Just in this last week we have covered the problems of both envy and hatred. Yesterday I spent much of the day struggling with negative feelings, knowing from experience that these would pass. Sometimes, we need permission from others to feel what we feel, and validation that our feelings no matter how fiery are temporary.

When my friend’s partner (who is called Mr. Bear) heard the wolf singing, he came in to get her and she went outdoors with him to listen to the iconic cry of the wilderness. It was All Hallows Eve. Later I learned that when she heard the wolf howl, she howled back, and also howled for me!

Both generative and non generative aspects belong to this dark time of the year which in some traditions begins with the Feast of the Dead, the honoring of the Ancestors, and our own journeying through the dark. Late fall is an uncomfortable time for many.

To think about what it would be like to feel naturally whole I personally am drawn to the ancient image of the Great Bear who circumnavigates the skies, and whose son provides direction helping humans to navigate the dark and the unknown. The celestial bear meets the bears on earth who are preparing for hibernation underground or under the snow. In January, mothers will give birth to cubs, beginning a new life cycle. Together these earth and sky images of the Great Bear offer comfort and remind me that the cycles of living, dying, and birthing are One.

Is this why the Great Bear was worshiped by Neanderthals at the dawn of humankind and later by other humans? These peoples looked to the stars and saw patterns that helped them navigate, and could easily see the shifting seasons on earth mirrored by stars in the sky. More than 50 thousand years ago bear skulls adorned cave walls in Europe and elsewhere. Although we continue to speculate how bear skulls, bones, and later bear effigies were used (in spite of Marija Gimbutas’s scholarly work), attests to our refusal to align ourselves with the Power’s of Nature as wolf, bear, bird or frog. I wonder about this obsessive need to substitute a human image for an animal when it comes to the divine. I think it reveals the terrible split that allows humans to cry out for peace and continue to wage war. We are a broken species that has lost touch with our bodies and that of our mother, the Earth.

(Lupita, by the way, translates as Little Wolf in Spanish.) 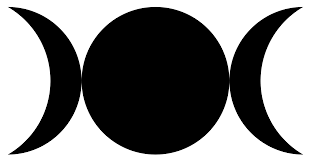 is the piercing thorn

of a wilted white rose.

Frost covered, she rises over

to categorize or capture essence.

in this crack between her

Listen, and you will hear

She is what She Is,

A force to be reckoned with,

this Dark Side of

So many feminist spiritual traditions attempt to lighten the dark powers of this (Greek) mythological underworld figure who is multi -valenced and can be found in some form in every mythology. She lives underground seething in  silence and acts as a bridge between above and below as she moves between worlds. She slices our nights in two – living through the dreamtime – a specter unseen but experienced when the Earth turns dark. I think she comes now not because of the changing seasons but because gun violence*, rape, and the deaths of thousands of innocent people, trees, plants, seeds, and animals have become the new “normal.” Unspeakable acts of horror have come to define who we are as a people.

Hecate is, above all, the transformer holding living and dying in precarious balance until the scales tip too far. When she steps in with a scythe in her hand, beware because her force is deadly, and none are spared. Hecate’s wrath is boundless, her time draws near…

This month Hecate’s appearance also informs us that the end of the year is almost upon us. Her Full Moon, and the Feast of the Dead which is held over the last days of this month and stretches into November, ushers us into her world – a three way crossroad – Cairns mark the place between that which has gone before, the present moment, and whatever is destined to come.

Hooded, she walks alone and we spin through her once starry spirals turned to dust in dense matter. Spirals, patterns in Nature, remind us that as we spin out of control we are destined to implode.

*Note: in the middle of writing about gun violence at twilight, massive machine gun explosions cause us ( my dogs and me) to jump out of our animal skins. We live in a war zone,  one as yet, legally undefined.

The next morning hounds howl in a frenzy as they tree a hapless bear who will then be shot.