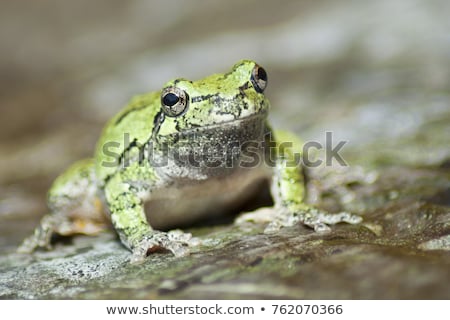 April’s second spring moon was almost full as she rose through the cracks of the cottonwoods. The acequias were filling across/down the field and a small amount of rain had fallen two days earlier. Diminutive lime green leaves feathered the trees. I was just walking in the house when I heard the call.

I stopped dead in my tracks, stunned. Then wondered if I was having some kind of audio – hallucination. A paracusia, or audio hallucination is a form of hallucination that involves perceiving sounds without auditory stimulus.

After all, it had three years since I had heard one of the most beloved sounds that I associate with spring…I kept listening, sat down on the steps, my ears on fire. The unmistakable trill.

After a timeless pause, the practical side of me took over. I entered the house, got my recorder, and began recording the song.

I have been listening to the musical trill of tree frogs since I was a child, and I knew this song by heart. A gray tree frog was singing just beyond what I call the magic portal, a natural cathedral framed by bowed cottonwoods that opens into the next field.

After about an hour of listening and recording even the skeptic in me was forced to accept that this really was a gray tree frog. Sadly, I never heard a female’s answering call. It was also clear that this male frog was not being challenged by other tree frogs (who call out to establish territories as well as to attract females) because there apparently were no others in the area.

This latter fact did not surprise me. All frogs have been endangered since the 1960’s and many have become extinct.

“In Silent Spring” written in 1962 a brilliant and dedicated biologist, and true “mother of the environmental movement” warned us about the Great Silence that was about to descend upon us as a result of indiscriminate pesticide use, and no one listened.

Frogs and toads are the canaries of water, land and air. Because they breathe through their skin they are indicators of the massive amounts of pollution we are allowing to consume our planet “forgetting,” of course, that eventually these pollutants will kill humans too (the ultimate dis-connect).

Just before I went to bed that night I opened the door and heard the solitary tree frog crying out to the moon.

The next morning I compared my recording with the songs of grey tree frogs online, and of course they were identical.

For two days I researched every New Mexican tree frog and listened to about 50 recordings and came up with nothing that sounded like the recording I had.

How could this be? Grey tree frogs are denizens of the wetlands and forested areas of the northeast – east of the Rockies.

Meanwhile, my beloved gray tree frog is still singing his heart out even during the day, something I have never heard any of the Maine gray tree frogs do unless rain or heavy mist blanketed the mountains. At these times they sing periodically.

As of this writing, even in the wind my little friend is still calling – the voice of yearning crying out in the wilderness… Three days in a row.

At present I have no answer to this particular mystery and welcome any commentary the reader might have.

What follows is a little natural history on these one to two inch frogs that come in every shade of gray to green, depending upon the vegetation they inhabit.

The gray tree frog’s scientific name is Hyla versicolor. The frog’s ability to alter its skin color also changes with respect to the time of day and the surrounding temperature. When my brother and I were children we would capture these frogs and place them on leaves, lily pads, wild grasses, bark, lichen etc. just to watch how fast they could change color! Their skin becomes much lighter at night and darker during the day.

Gray tree frogs hibernate in the winter by taking refuge in trees. They survive sub -zero temperatures by producing glycerol to “freeze” during which time they also stop breathing while still being able to maintain interior metabolic processes. A virtual miracle, that.

Supposedly the gray tree frog’s range covers much of the eastern United States, from northern Florida to central Texas and north to parts of southeastern Canada but obviously, some of these frogs are moving west, or were here in the first place. Tree frogs are an arboreal species that occupies a variety of wooded habitats. They are most often found in forests, swamps, on agricultural lands and in wooded backyards.

All need access to trees and a water source. I don’t know when it occurred to me that I am surrounded by the perfect habitat here as well as in Maine. When gray tree frogs are young and newly metamorphosed, they usually remain near the forest floor tucked into bark, detritus, or high grasses; later they transition to the forest canopy. As an adult I have captured some that like to hide in the rough bark of the white pines next to my brook (Maine).

Adult gray tree frogs mainly prey upon different types of insects at night because they are nocturnal. Mites, spiders, plant lice, snails and slugs are common prey. They may also occasionally eat smaller frogs, including other tree frogs. They search for insects in trees, where they can climb vertically or move horizontally with their fantastic toe pads that cling like suction cups.

The males begin trilling in early spring, shortly after emerging from hibernation. In the mid-range areas males begin calling in late April to early May. In Maine I don’t begin to hear them until late May. Males call to females from trees and bushes that are usually close to overhanging streams or standing water.

The exact timing of breeding for gray tree frogs varies based on temperature and their location throughout the range. Most reproduction takes place early on, although the musical trilling lasts from late April to early August (May through September in Maine). Individuals may mate up to three times in a season.

Males are very territorial and will fight other males to defend their area. Fights may last 30 to 90 seconds and consist of wrestling, shoving, kicking and head butting until the subordinate male retreats. Females are sexually di-morphic (bigger) and initiate mating by approaching a calling male.1,000 to 2,000 eggs which are externally fertilized by the male. Since actual mating occurs while the frogs are floating in water, eggs are deposited into the water in small clusters, attached to a reed or some kind of floating debris. Tadpoles usually hatch after three to seven days, depending on the water temperature. As youngsters, these frogs are painted scarlet or orange-vermilion with black blotches around the edge of the crests, so unlike other species they are easy to identify. Bodies and tails are patterned with many specks of black and gold. Like most tadpoles, they eat algae and organic detritus found in the water. Tadpole development depends on water temperature and is variable, but vernal pools must have standing water for some time, a real challenge here in Abiquiu.

After three days of trilling this poor little frog must be exhausted. I can only hope that there is one female that will hear his call…

I wrote the above piece for a publication after having what for me was and continues to be an extraordinary experience  with a tree frog that doesn’t even belong in the desert – a frog that is so dear to my heart.

My childhood memories are permeated with frogs. While most kids had dolls I befriended a large squealing amphibian which i took to bed with me at night. Additionally my little brother and I loved caught, and studied these remarkable amphibians and I cannot think about frogs without conjuring up my brother’s spirit from the deep. Tomorrow is the anniversary of the day I finally buried his ashes on my land in Maine (just below the house), nestled against a glacial  granite boulder covered with lichen moss and ferns, the resting place situated just beyond the brook. This burial of his ashes occurred after a waiting period of 32 years… I had no idea at the time that it was Earth Day because i never celebrated it – every day is an Earth Day for a naturalist like me.

Each year around Davey’s burial day I have unusual experiences – usually with a hawk – and indeed one occurred yesterday when a Kestral landed on the porch and just hung out there for about ten minutes even though the bird could clearly see me moving around. I thought, oh, Davey’s spirit is moving close by. I don’t believe in god or any kind of after life, but my lifetime experiences have taught me that something of the person must live on – or can be accessed after death. For me, these apparitions occur as an encounter with some natural force – an animal bird etc and I am always moved from one perception of reality to another – beyond or outside time – this is what mysticism is all about.

It wasn’t until I wrote this article that I realized that the visit from the hawk was only part of this year’s Davey encounter and that another one was already in progress with the coming of Gray Tree Frog. The hawk is a visceral presence year after year reinforcing the power of the relationship between us. But the frog signifies  – dare I say the word? – resurrection from death to life, transmutation, transformation, rebirth, are all part of this creature’s animal powers and are inextricably woven into this story about Davey and me. So, something is shifting here on a personal level, although I don’t pretend to have any idea what it is.

Add to this “holy week”. I have been writing about Earth’s crucifixion every day – submitting a few articles for publication even though I knew how radical my ideas would be perceived. Not surprisingly, only one essay was published – silence – around the others.  Evidently to write about Earth’s Bodily crucifixion during holy week just doesn’t sit well with the DOMINANT christian overlay, the SPLIT OF MIND AND BODY, the SPLIT OF SPIRIT from the BODY OF THE EARTH and the power of its flow even in otherwise broadminded venues… oddly I am not upset – especially because this gives me insight into WHAT IS.

But there is something to the fact that this frog who doesn’t belong here in the first place and surely will not be able to breed here is still crying out on resurrection day.