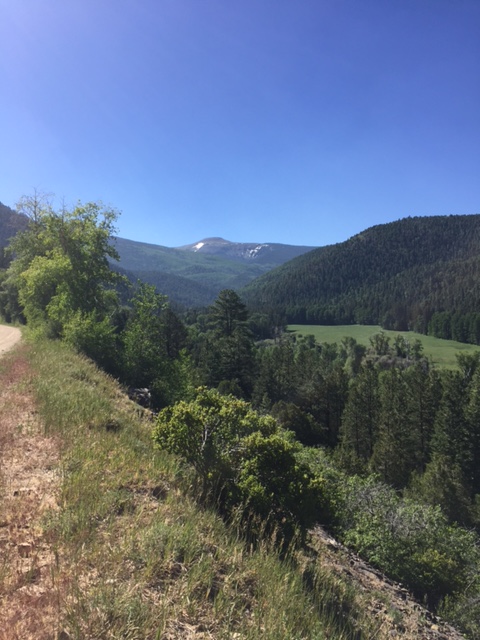 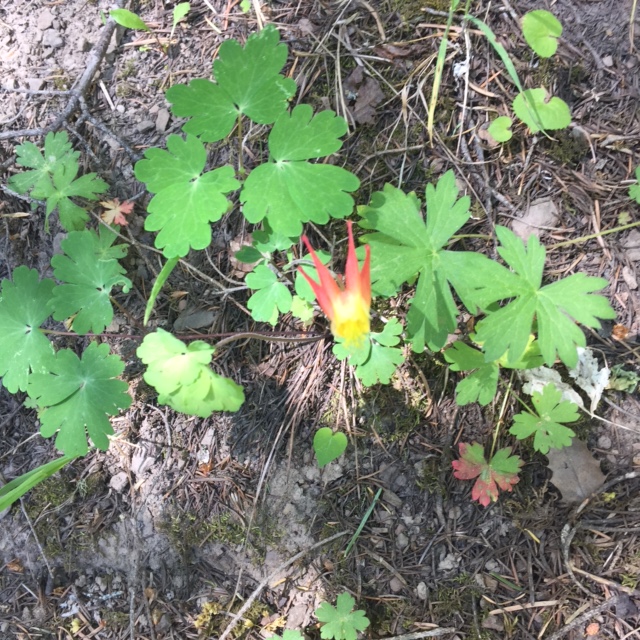 A couple of days ago my friend Iren took me up to Santa Barbara to the San Pedro wilderness. There were so many tall stately conifers – pine, spruce, too many evergreens to mention. Walking through the pale sage gray trunks of the tall aspen forest with their flat edged rustling leaves was only marred by the people that seemed to be obsessed by carving their names into these beautiful smooth ridged trees (which are members of the poplar family as are cottonwoods) creating a vulnerability for disease and untimely death for each thoughtlessly wounded tree. Amber resin weeps tree tears. Whole mountains were covered with every shade of green. White stone. A few peaks with snow could still be seen in the distance. Astonishing tall craggy cliffs and narrow gorges with clear streams running through the low places kept Iren and I close to the rushing water that tumbled over smooth stone.

“Water Women” love the lowlands, though Iren is also “Mountain Woman” scaling peaks (with ease) that make me cringe!

Iren says this place reminds her of Switzerland, her original homeland. She was sure she smelled mushrooms! I thought of Maine. I was entranced by all the lovely woodland flowers, the bright red wild columbine, delicate lavender bell shaped flowers of the clematis vines, bluebells, violets both white and deep purple, solomon’s seal, valerian, red clover, alpine lupine, water hemlock – I could go on and on here.

The medicine woman in me was astonished/astounded by the plethora of natural remedies this forest had to offer. I was delighted to have found such an abundant source for so many of the tinctures/creams I make up and use.

Spongy green sphagnum moss and a number of gray green and orange lichens covered some granite rocks. A cacophony of birds sang from the tops of trees and a hummingbird joined us for lunch at the water’s edge.

Black bear sign was in evidence. Fallen logs that housed millions of ants and grubs were raked into shreds. Insects make up most of the Black bears’ omnivore diet in the spring, along with new grass and sedges, all of which were in abundance here (although Black bears are considered omnivores 93 – 95 percent of their diet is made up of sedges, tubers, insects and berries). Some aspen were bent over in that peculiar angle that Black bears use when they are marking territory for mating season in the late spring/early summer. I decided that most of the 3000 bears of New Mexico must be hiding out in this forest, the trees of which were allowed to sprout, grow, decay and die naturally returning to the earth – from death to life – the forest, (left to her own devices), is in a continuous state of becoming.

Iren put her hand in the pebble strewn rushing water and quickly withdrew it. This mountain stream was too cold for her to take a quick dip!

When we returned to the car I felt so happy, so satisfied, so grateful to Iren. Thanks to my friend, I spent another wondrous day in yet another part of New Mexico, a state that has stolen my heart