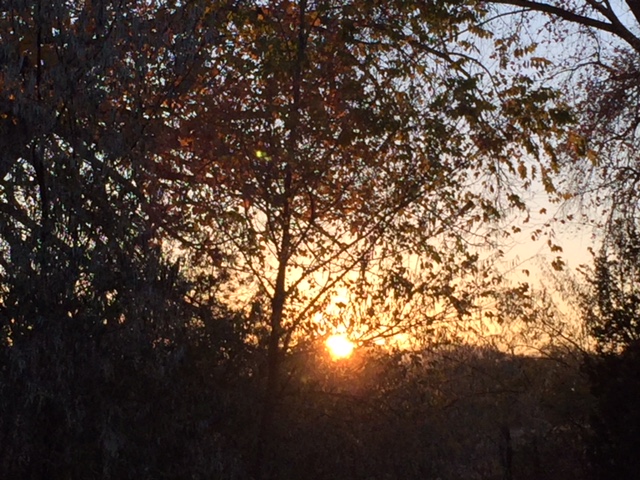 The day after the November election I found parts of a road-killed owl after walking just a short distance beyond a bird that hadn’t been there minutes ago. Oh no, not an owl. Initially, although I was deeply distressed that I had found a dead owl, I was relieved that it wasn’t a great horned owl, my latest familiar.

Owls, women, and wisdom have been an aspect of our mythology millennia before the Greeks created Athena, goddess of war, (born from Zeus’s neck). How can any male identified woman become a “goddess of wisdom” when only a male perspective is acknowledged? Leave it to the Greeks I thought in disgust. We are still stuck with Plato and Aristotle…

All that was left on the road was one bloody but still perfect wing and one talon; both were still warm. I carefully picked both body parts up and brought them home to clean and dry. The outstretched wing of the Saw Whet owl now occupies a place of honor below the Nicho that contains broken potsherds of the Anasazi and a broken micacious pot I bought for myself on my birth day. The South is the direction that makes sacred the fragments of broken cultures and bodies, past and present through witnessing and feeling what is, both joyful and horrific.

For the past year I have been in an intimate relationship with great horned owls that sang to me from the white pines in Maine and followed me here to New Mexico hooting from the Cottonwoods. And during this period because of my relationship with owls I have been able to make a final peace with the woman, my mother, who betrayed her only daughter by being male identified, teaching her how to do the same…

As I cleaned the wing I remembered the little dream catcher that I had made for my mother on her birthday long ago… I used the feathers of a dead Saw Whet owl that had been road killed. My mother loved that present… Women and all owls, I reminded myself have been intertwined since the dawn of humankind with one shapeshifting into the other, and owls are women with wings who see through unholy darkness and delusion.  It is these women who are capable of attaining wisdom.

The synchronicity associated with finding the dead body of any owl the morning after the election left me uneasy but finding this particular half eaten owl seemed to have a personal aspect to it. Long ago I had learned that I frequently tapped into the collective through personal experiences with Nature. If I had what was the message? Then I remembered a poem I had written about owls coming through the crack between worlds… manifesting in ordinary time. (I hoped that finding the owl didn’t mean that I would lose my new psychic connection to my dead mother- if I did who or what was going to fill that void in space?) The dead owl might indicate that my mother was starting to manifest in some concrete way and also that collectively woman’s power was on the rise. Although finding only one wing and talon indicated that my mother’s influence might only be periodic, and on a cultural level woman’s power was still very damaged with half the female population betraying the other by remaining male identified or indifferent it was still something. Out of death comes life…

The election results still lay over me, heavy like a shroud, wrapping me in a sticky white spider’s web of fear. I wanted to pull genuine hope out of what had happened. I hung onto the thread that some women had been elected to the House, that two were Indigenous, some Black, others Latino – Diversity was inherent in these choices but I also knew that women’s solidarity was sorely lacking, and it remained to be seen whether these women would act as woman – centered individuals.

The few token women in politics seemed to be male identified, siding with the “good old boys” who held most of the political power. I didn’t know the statistics yet but I guessed that similar to the horrific 2016 Presidential election most white Republican women voted for power over (still true). These women “stood behind their men”, mimicking their positions and excusing egregious actions because they were unable to stand alone. Emotionally bankrupt and dependent, they lived their lives through the men they supported betraying women as a group and as individuals in the most painful of ways even as they betrayed themselves. How many strong, bright, competent, brilliant women did I know that allowed a lesser man lead them around by the nose? Too many.

After having been a woman’s advocate for so many years I had just come through a personal crisis thanks to the Kavanaugh travesty that forced me to take a new position towards women who betrayed themselves and other women by taking a neutral position regarding rape, or even worse supporting perpetrators directly or by making excuses for the one male who had endured abuse from an angry abused woman. Rape of any woman was a crime against all women. Rape of any woman was a crime against all humanity. I was finally able to give myself permission to separate from these female impersonators without guilt. What I was also able to do was to forgive them, knowing that but for some grace, intense personal suffering and an enormous amount of work I might still be one of them…

Along with the mountains of grief that I had been carrying for so long over betrayal of women by women and the rape of the earth I was also able to feel my rage, and hoped I could use this friendly red dragon wisely.

Rage allowed me to tap into my own power, and galvanized me to keep writing on behalf of abused women and the planet. It also helped me with crushing depression. Over the past two years I had fallen deeper and deeper under the spell of a madman and his minions who were running this country, riding the horses of unbridled power, hatred, and misogyny.

Thinking about woman – centered women coming into office offered me a flickering light in the growing darkness of humanity. But I also knew the chilling fact that the Senate had gained Republican seats. This suggested the obvious – that power and hatred were still “winning” in spite of the apparent successful takeover of the House. (So many seemed to be inexorably drawn to a power driven demented man that cared nothing for humanity and openly despised women and the earth).

As things stand now we are headed towards another holocaust.

I had to face it. The future still looked dark but the manifest presence of even one wing and talon of the owl now suggested to me that “the women with wings,” women centered women, might be manifesting in a concrete new way. The flickers of hope fanned more flames…

At the time of this writing I am choosing hope as I put my faith in owls and “the women with wings,” the women who, if they can garner more female support, can lead us out of this unholy darkness into the sweet stillness of long winter nights.

It is with deep humility that I throw myself on the mercy of Nature asking for her support. I need to hold onto this awareness to keep on advocating for women, for animals, for trees, for the Earth, not with guns, not by murdering innocent people, not by building more walls, not through war but through interconnectedness – and by remembering who I am – a woman who loves women – a woman with wings of her own – a woman who deeply respects the woman she has become. Compassion, forgiveness, and ruthless honesty are the weapons I wield; these are the bones of my authentic woman – power.

I make this commitment on one of the two holidays we celebrate for the “heroes of war,” Veteran’s day… one of only two days a year American’s celebrate their dead… Let’s remember that as we celebrate this day we also tacitly support the normality of rape in war.

The irony does not escape me.